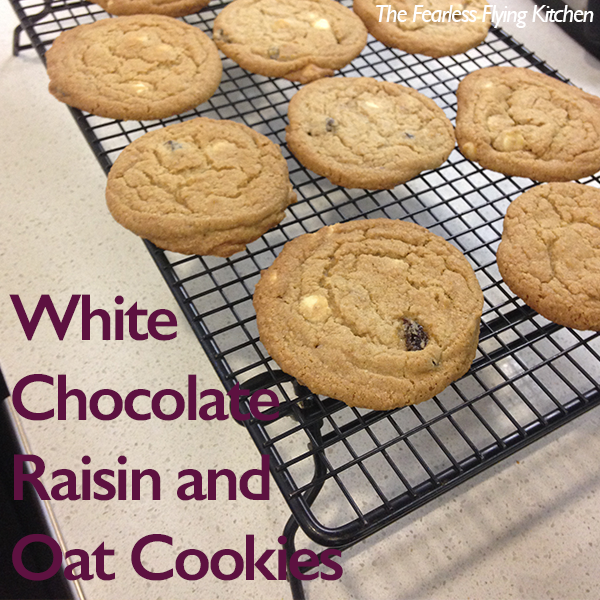 My mother-in-law’s chocolate chip cookie recipe is something held sacred among her boys.

I, however, can’t ever get them right, even when I follow her recipe down to the most minute details. And trust me, have had lengthy conversations about her exact process, and I still really can’t figure out how she makes them so perfect each time. I have decided to stop beating myself up and attribute my past failures to the loss of 4.5K in elevation. But I still try! And, I tell ya, every time I make them, I always get a lack luster “yeah… they’re…good! But they just aren’t the same…did you change something in the recipe?”

At first…no, I wouldn’t change the recipe. But then after multiple failed attempts, I started to veer off and blaze a new trail.

Side note/Fun fact: I can never stick to a recipe. I always have to add a little this or a little that to make it more *me.* This aspect of my personality drives my other half absolutely bonkers.

Lucky for me, my daughter thinks it is super fun. If it were up to her, we wouldn’t use a recipe (or logic even) for anything we make. 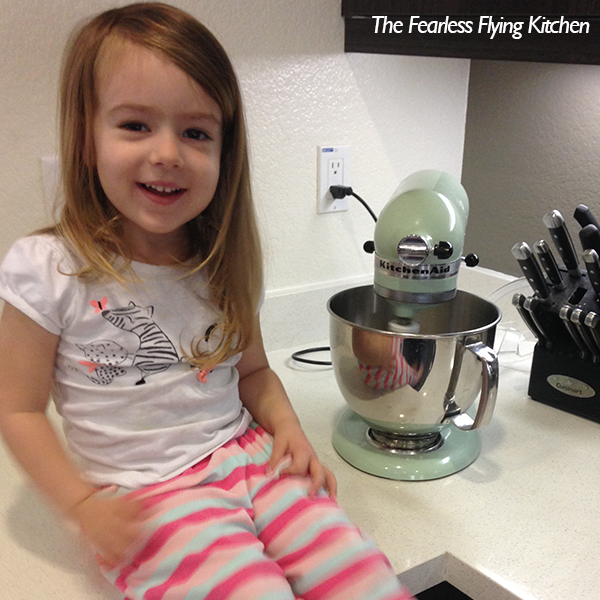 Bless her heart, she just loves to be in the kitchen with me.

Most days of the week, my daughter asks if I want to make cookies with her. I know that she is ultimately asking because she is Cookie Monster’s mini-me, but I like to give her the opportunity to help out as much as possible in the kitchen and pass my knowledge on to her as often as I can. It’s a good life skill to have! So we usually make a little something together a few times a week.

Today, I had a container of oat bran staring me in the face (purchased to make Honey Raisin Oat Bran Muffins) My MIL’s chocolate chip recipe calls for oats, so I figured I would start with her recipe as a base and make a few…alterations.

First thing I did was swap out the Old Fashioned variety for Oat Bran.

Now, there isn’t anything wrong with old fashioned oats, it is just a little different than oat bran. Since I am super-pregnant at the moment, I need all the protein and calories I can get, I decided to opt for the bran (and here’s why…)

First, let’s have a closer look at oats: 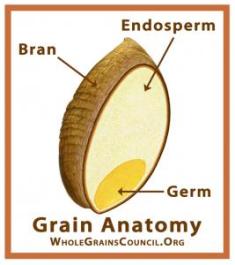 When oats are harvested, their inedible hull is removed and you have Oat Groats. Groats are made up of three parts: the Bran, Endosperm and Germ  (Click here for more information on those layers). In a nutshell…The BRAN layer is the outside layer, rich in protein, fiber, antioxidants and B-vitamins. The ENDOSPERM is the large middle layer that is rich in starchy carbohydrates, and also contains some protein as well as small amounts of vitamins and minerals. The GERM is the innermost layer that contains lots of healthy fats and b-vitamins as well as some minerals, protein.

Old Fashioned Oats come from a processing technique that steams the oats and then rolls them flat, giving you all three parts of the groat, thus making it a whole grain. Oat Bran is not considered a whole grain, because it is just the nutty outer layer that is full of fiber and protein. 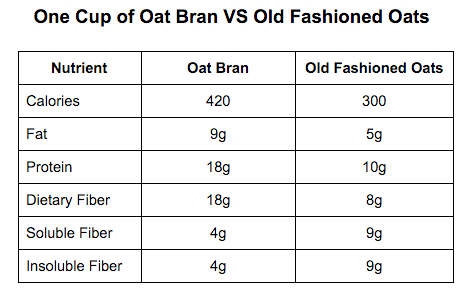 Looking at the nutrients side by side, Oat Bran provides significantly more fiber and protein, and has a texture closer to flour, so it works well in baked goods. Not saying one is superior to the other, they are just different.

Some other swaps I made were changing half of the flour to 100% White Wheat Flour, substituting honey for part of the sugar, and adding cinnamon.

The result was surprisingly delicious, probably the best luck I have had with this recipe yet! 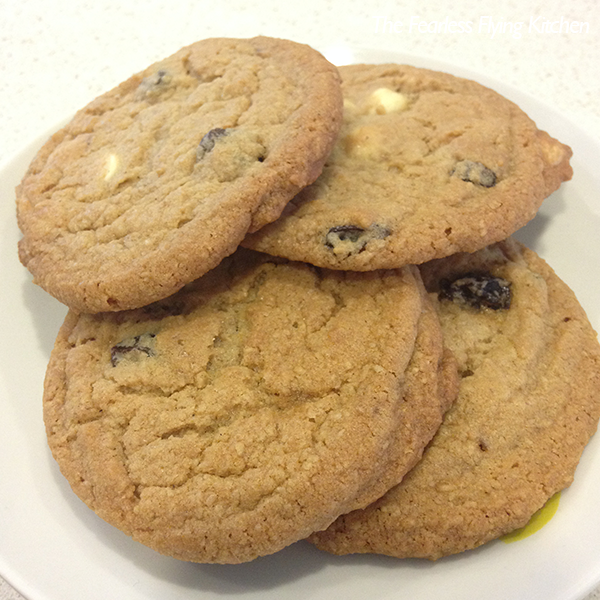 *I really am not a huge fan of shortening, because most contain partially hydrogenated oils (trans fat) and other chemicals that don’t belong anywhere near our bodies. But I do seldom use it in some baked goods because it does create a superior texture for cookies. Trader Joe’s doesn’t have shortening (that I know of), so you can use 1 cup of butter as opposed to part butter/part shortening. OR if you have some lard on hand, try that.  I use All vegetable crisco baking sticks because they have no trans fat (the oil has been fully hydrogenated to saturated fat as opposed to partially hydrogenated to a trans fat), but they still aren’t the best option. I haven’t really found an alternative, so if you have any tips or tricks to replace shortening in cookies – leave a comment below! 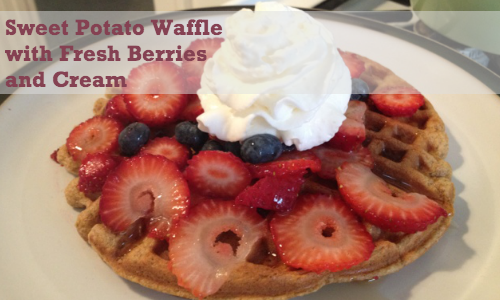 Last year for my birthday, I convinced my husband to buy me a waffle iron.

“But you never make waffles!” He would say.

“I know! That is because I don’t have a waffle iron!”

“But how often would you make waffles?”

I was really just saying whatever I could to get the darn thing, but now that I have it, I find that I really do make waffles all the time (and not just because waffles just-so-happen to be my toddler’s all time favorite breakfast food.)

The very first thing I made in my waffle iron was the whole grain waffle mix from Trader Joe’s. And, I thought it was awful. Very cardboard-y, pretty disappointing. I could do better (I thought to myself).

And so at that point, I set out to perfect a waffle recipe that did NOT use Bisquick (which is loaded with trans fat, one of the only exceptions to my “all foods fit” theory). My grandma and mom use Bisquick, so I couldn’t go to them for an amazing recipe that had been passed down from generation to generation. I was on my own for this one. 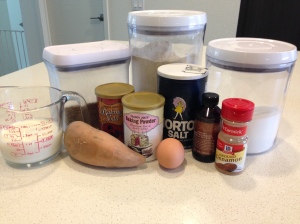 I tried whole wheat flour, I tried oats, I tried flax, I tried apple sauce, I tried using oil instead of butter…I think I went through every variation possible. Then I ended with this general combination, that included sweet potato in place of the fat (many recipes use a few tablespoons of oil or melted butter), and white wheat flour instead of dense whole wheat flour. I also added ground flax seed for a little healthy fat (since I had completely removed it with the sweet potato addition) and stuck with my 1% milk that I have in the fridge. I think coconut milk or almond milk would also taste great in this waffle, but, alas, I just don’t regularly stock it at my house (we are dairy drinkers around here).  In fact, sometimes I will even add shredded coconut to the waffle, for a little but of a chunkier texture, and it is great! 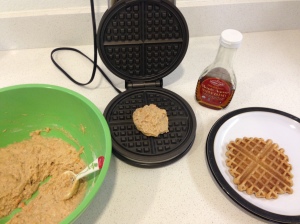 There are two things that I really LOVE about this waffle recipe:

I also love that my daughter loves these, and I can feel good about serving them to her because they are full of vegetables, healthy fats, whole grains, and not too much sugar. 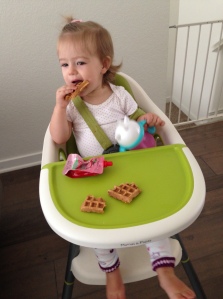 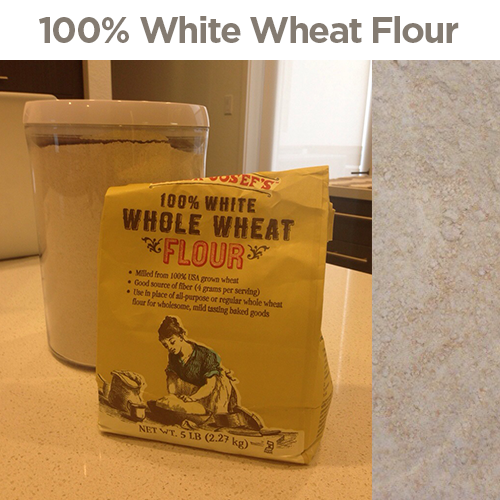 I love to eat healthy…but within reason. Veggies are wonderful, fruits are delicious, whole grains are great, lean protein is pretty tasty too. But some times, people take “healthy” food a little too far into the “in edible” realm (there is a reason it is sometimes called cardboard).

I have been perfecting my waffle recipe over the past year, trying to find the right mix of “healthy” and “delicious.” Often, whenever I would use oats or whole wheat flour, the final product would be too dense and earthy. Then, I discovered this 100% White Wheat Flour from Trader Joe’s. It provides the perfect backdrop for a healthy, yet flavorful dish. The perfect combination of white flour and whole wheat flour.

But don’t stop at waffles! I also use this for cookies, pancakes, pie crust, pizza dough…Possibilities really are quite endless! I actually find that now I rarely use traditional, white flour. The only thing I used regular flour for in the past 6 months has been for making cupcakes.

Here is a quick nutritional breakdown between the white flour and the white whole wheat flour: 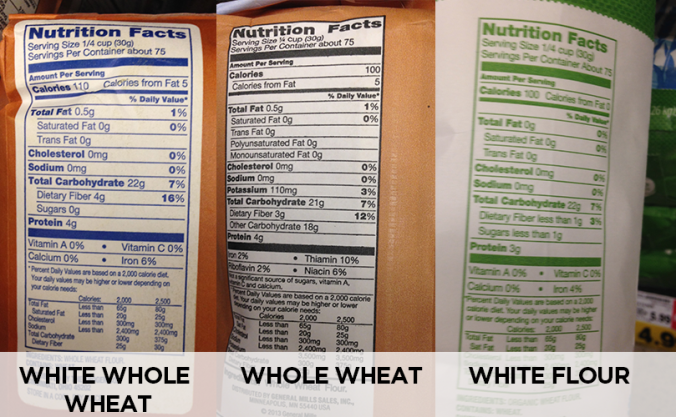 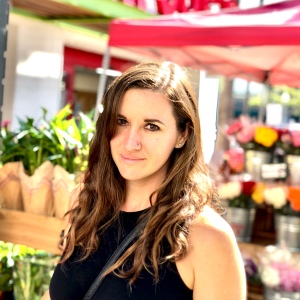 Amanda is a San Diego based Culinary Dietitian and Nutrition Expert where she has a private practice, teaches healthy cooking classes, and wanders the aisles of Trader Joe’s.

Season TWO of Swashbuckled is here!